Fire in the flue: ‘Something built up in the chimney that ignited’ 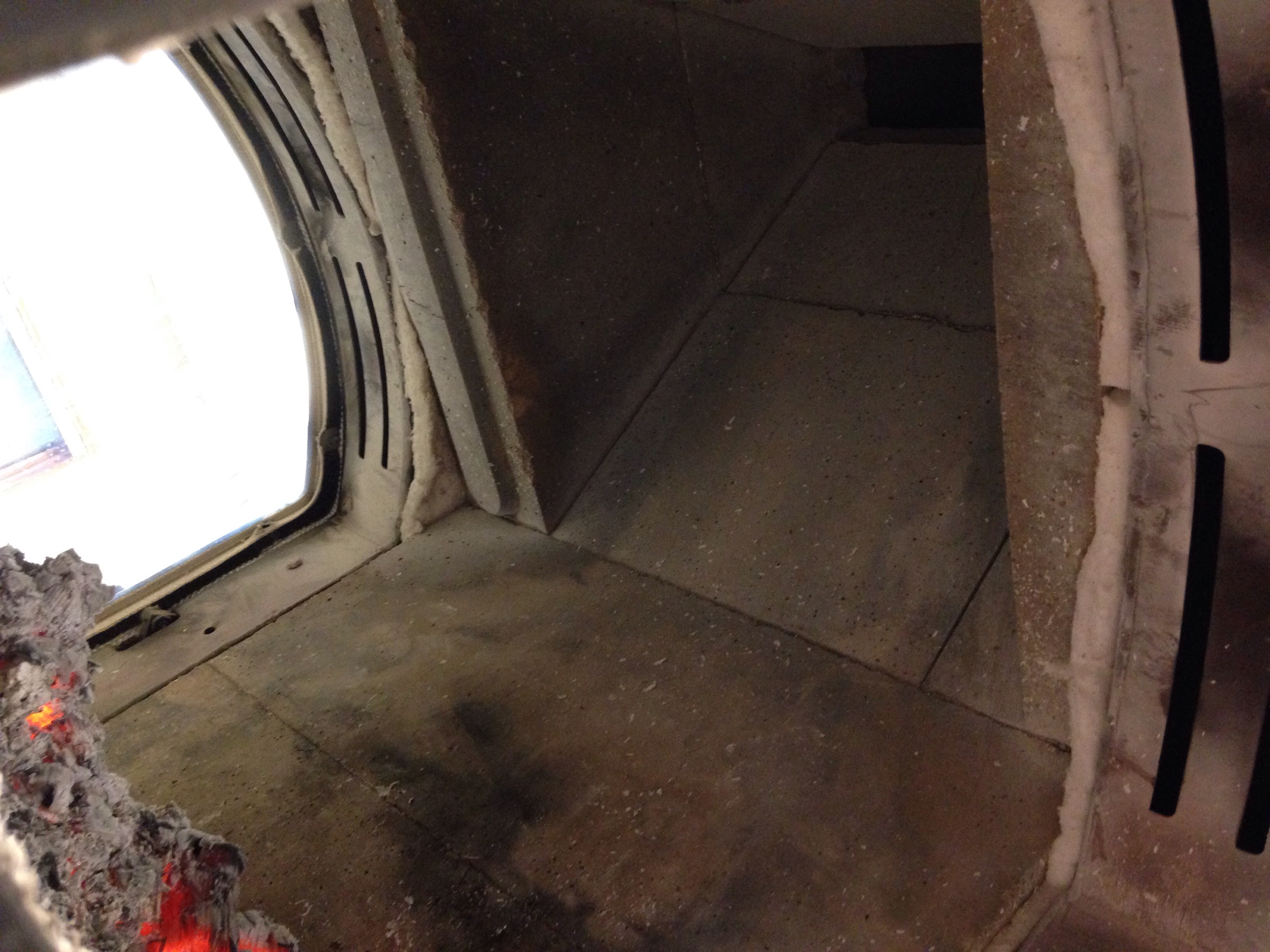 A view from the perspective of the firebox, looking up into the chimney. We burn seasoned firewood in our masonry heater at the Chimney Safety Institute of America, so we always make sure and inspect and sweep the chimney system at the end of the burning season. We have good complete combustion. We experience more ash that needs to be removed.

After a chimney fire was reported in a home in Illinois, the local media asked the fire chief about the cause.

His response: The fire likely was caused by something built up in the chimney that ignited, the Northwest Herald reported on its website.

What “built up” in the chimney was probably the by-products of combustion — the substances produced when wood burns.

As these substances (combustible and non-combustible gases) exit the fireplace or wood stove, and flow up into the cooler chimney, condensation occurs. The resulting residue that sticks to the inner walls of the chimney when wood fuel is burned  is called creosote.

But is that what the fire chief was talking about? Was it creosote?

Possibly. But there are many other types of deposits in the chimney — residue in the flue –that could be considered a culprit.

*Animal nesting material. (It’s always a great idea to have a chimney cap.) [see our video: Why a cap is important to protect your chimney.]

* Paper material that comes from having burned mail or other household waste in the firebox.  [see our video: What not to burn in your fireplace.]

* Ash, which can be acidic to the flue liner and cause deterioration, or in significant volume, “block the flue” by not providing proper venting.

This is why it’s important to have the combustion occur in the firebox, which is strong enough to contain the high temperatures; the chimney flue is not.

The “good news” regarding the fire in Johnsburg, Illinois is, a neighbor called 911 when they saw the flames coming out the top of the chimney. The McHenry Township Fire Protection District was able to confine the fire to the chimney. There was light smoke in the house, but it didn’t cause any damage, although the homeowner is recommended to contact a qualified chimney sweep to assess the impact of the fire on the condition of the flue.

By the way, a CSIA Certified Chimney Sweep is a great resource for homeowners. They are qualified to inspect, having been trained specifically in this area.

At the very least, a CSIA professional can inspect the chimney and determine if it needs to be swept. Find a sweep here.